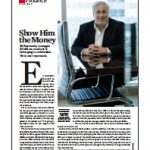 Ed Butowsky goes to work on holidays. It’s not just because he manages $3 billion in assets for high-profile clients. It’s because he loves his job.

Ed Butwosky shouldn’t be here. It’s Memorial Day. He should be somewhere enjoying himself-the lake, maybe, or anywhere else the flip-flops and shorts he’s wearing would be appropriate attire. At the very least, since it’s not just Memorial Day but the morning of Memorial Day, he should be at home, deciding if he’s ready to get out of bed yet.

But no, he is here, at the suite of offices his company, Chapwood Capital Investment Management, occupies in an Addison high-rise overlooking the Dallas North Tollway. Butowsky not only suggested it, he insisted on it. “I’m going in anyway,” he said, “so you might as well meet me there.” 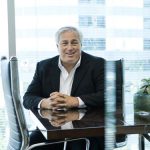 That he’s here this morning isn’t why Butowsky’s client list is littered with names straight out of the pages of Entertainment Weekly and Sports Illustrated. Showing up to work on Memorial Day isn’t a bonus; it’s an expectation. Athletes and actors and the rest of the high-net-worth set don’t come to Butowsky because of the degree from Wharton either, or because he spent a large chunk of his professional life, from 1987 to 2002, at Morgan Stanley, the last five years of that as the No. 1 guy in the nation. That is part of it, sure. You want whoever is handling your money to have some skins on the wall, especially at this level. Butowsky and Chapwood’s handful of employees manage assets worth more than $3 billion.

The real reason those boldfaced names flock to Ed Butowsky is simple: he doesn’t care.

He doesn’t care if he’s dealing with an A-list celebrity, an All-Star, or an anonymous anybody who happened to fall into a pile of cash. Butowsky is hard to impress, partly because of his New York City upbringing (his father was head of enforcement for the SEC, so he “grew up around the wealthiest people in the world”) and partly because one of the guys he was brought up with happens to be famous (his best friend, Hancock director Peter Berg). He doesn’t even particularly care if the people who come to him decide to hire him and Chapwood to manage their portfolios-though, obviously, that would be nice.

He only cares that the money, no matter to whom it belongs, is invested the right way, even if it isn’t with him. This is the basis of the company’s new division, Chapwood Forensics, which analyzes portfolios, looking for any hint of weakness. In that sense, he cares too much.

“Money doesn’t care if it’s [Los Angeles Angels outfielder] Torii Hunter’s money or somebody else’s money,” Butowsky says. “What money cares about is that it’s compounded properly with low volatility. That’s how I think about it. So I don’t really care whose money it is. It’s kind of fun to have people like that as your client. But I care more about the person who’s sitting there with an account at some investment firm, who thinks he’s being taken care of, and he’s not. He thinks that person has his best interest, and he doesn’t. And I can prove it. I don’t need the big, beautiful suit and the red tie, although I wore it for 20 years. I don’t need that to sit down and prove it.”

Sitting at the long conference table that dominates the dacor at one end of the office suite, Butowsky, 46, looks a bit like a former offensive lineman gone to seed. He’s not tall, but he’s big and broad, his red polo shirt filled to capacity at all angles. His casual dress is his only concession to the holiday. The table in front of him is piled with stacks of paper filled with the sort of research that has made Chapwood a success, even though he’s talking investment strategy with a man whose portfolio consists of an underperforming and long-neglected 401(k). He bobs in his chair as he lets loose with earnest, New York-accented monologues about, among other things, the effect of the demise of the Glass-Steagall Act. (Long story short: institutional chaos.)

So you don’t get the gossipy session one might expect-or at least hope for-from an affable guy who rubs decimals with mostly famous folks for a living. (He does talk briefly about being friends with golfer Sergio Garcia and drops this financial community blind item: “There’s a group here in town that manages money for some athletes that’s overcharging all of their athletes at least 1 percent.”) Instead, you get a lesson on the finer points of modern portfolio theory, which Butowsky, along with the faculty at Wharton, Harvard, and most business schools, believes is the key to smart investment. As quick as he proffers a name-say, an action star who’s hoisted a film franchise or two on his overly muscled back-he pulls it back out of sight, in favor of numbers-heavy treatises on the state of the financial advising industry.

While that discussion isn’t as entertaining as the one that exists merely as possibility, it turns out to be almost as interesting and certainly more eye-opening.

“What is happening in our industry, in my mind, is criminal,” Butowsky says. “Investing has become more of a game of PR and image than the facts. What I saw going on out there just made me sick to my stomach. Because you had portfolios that were so far out of balance, and they still are today, and they’re still being sold today.”

Chapwood Forensics’ analysis-which the company offers free of charge-can be boiled down to three key questions: what is my portfolio’s historical rate of return versus its standard deviation? What is the Sharpe Ratio of my portfolio, and what should it be? What are the total fees being charged? (The answers, in order: 60 percent or less, one or higher, and 1 percent or less.) It’s okay if you don’t understand the answers. It’s okay if you don’t even understand the questions. Butowsky understands. “Because it’s confusing, people don’t talk about it,” he says. “But because it’s confusing doesn’t mean it shouldn’t be talked about.”

Confusion is Butowsky’s biggest enemy. He tells a story about a young NFL player whose financial advisor told the player he couldn’t say how much he was being charged to manage his tax-exempt bonds because of the Patriot Act. “The player said, “Oh, he can’t tell me because of the Patriot Act,’ ” Butowsky says. “I said, “That’s not true. Will you please tell us?’ He said, “No, I can’t tell you.’ Turns out, he’s being charged 2 percent to manage his tax-exempt bonds. But the financial advisor told him what? It doesn’t matter how much we charge you because you can write it off. Well, guess what? When we do our forensics, we do a lot more detail work. You can’t write off the money management of tax-exempt bonds. So this guy is being charged $146,000 more a year than he should be.”

Much worse was the case of a former NFL player. He was being charged $55,000 to do his taxes. He was being charged 1 percent to put his 529 plan on his statement, even though his financial advisor didn’t even manage it. His financial team was using his money to get its own equity positions in private deals, then charging him another 1 percent for that. In all, he was being overcharged to the tune of $294,000 a year, and it had been going on for 10 years.

“That’s probably the worst I’ve seen,” Butowsky says. “But it’s happening everywhere. I don’t want to come across as the guy who’s saying everybody is bad. I want to come across as the guy who says, “Learn. Understand this. Don’t just rely on somebody because they’re nice to you. Don’t rely on somebody just because they got you a seat at their company’s presentation.”

“Look at me,” he says. “I’ve done this 20-something years and it’s Memorial Day and I’m, like, excited. I’ve got passion about this because I finally found something I’m good at in this world. I mean, this is it. I can’t play an instrument. I’m not a good singer. I’m obviously not good at working out. There’s one thing I really care about. I care about this.”

Related articles across the web